As you may remember reading in ELM Wars 1, as well as building exhibition stands, the employees at ELM like to have a laugh and prank each other. Since EW1, there have been many more pranks that have happened.

You may also remember Cooper being the target of most of the pranks – is he still the target or have the tables turned? Lets find out…

Personalised Car Registration
Cooper vs Ryan – Cooper thought it would be highly amusing for Ryan to drive around with a new personalised number plate! Ryan had been driving around with this number plate and then his Nan discovered – I bet someone wasn’t best pleased!

Where’s my car?
Cooper vs Jordan – Well, the moral of this prank is never trust Cooper to move your car out of the way! Cooper needed Jordan to move his car and Jordan gave Cooper permission to move it and then mischief happened! Cooper thought it would be hilarious to drive Jordan’s car a mile down the road and leave it in Aldi’s car park! Someone will be driven around the bend when they discover their car missing! Revenge can be ‘wheelie’ sweet!
Jordan vs Cooper – After discovering that Cooper had taken his car and left it in Aldi’s car park, Jordan thought it would be the opportune moment too seek revenge. Cooper had left his car over night and Cooper being Cooper, left it in the way – and there were no keys in sight! Jordan forklifted the car and placed it on dolly wheels so when Cooper went to go and get his car, he would have to push the car into some open space and forklift the car off- this will teach you to not only leave your car in the building over but to leave your car in the way!

‘Tyred’ Car!
Cooper vs Jordan – After Jordan put Cooper’s car onto dolly wheels, Cooper decided to seek revenge. Cooper had great satisfaction in letting all the air out of Jordan’s tyres. Jordan must have felt a little bit deflated when it came round to going home! Hi-Jacked!
Cooper vs Jordan – Jordan had to leave his car in the workshop over night and what a bad idea this turned out to be! Cooper decided to get one up on Jordan. Cooper thought it would be a good idea to take the wheels off Jordan’s car and leave them in Jordans office so the first thing that he will see is his wheels – someone won’t be impressed when he has to put his car back together! So, it looks like Cooper has become successful for getting his work colleagues back for making him the target of all the previous pranks – will the lads get Cooper back?

Find our next time in ELM Wars! 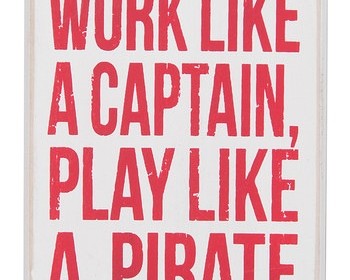